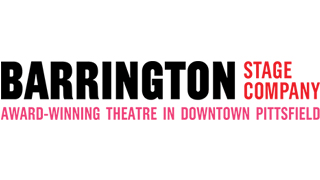 Barrington Stage Company (BSC) is an award-winning theatre located in Pittsfield, MA, in the heart of the Berkshires. Co-founded in 1995 by Artistic Director Julianne Boyd, BSC's mission is to present top-notch, compelling work; to develop new plays and musicals; and to find fresh, bold ways of bringing new audiences into the theatre.

BSC attracts over 60,000 patrons annually and has gained national recognition for its superior-quality productions and comprehensive educational programming, including the award-winning Playwright Mentoring Project, the Musical Theatre Conservatory, Youth Theatre, KidsAct! and other initiatives. The company has become integral to the economic revitalization of downtown Pittsfield.

BSC develops and commissions new work with two programs: PlayWorks, which supports the creation of new plays, and the Musical Theatre Lab, which develops new musicals. Since 1995, BSC has produced 36 new works, 19 of which have moved to New York and major US regional theatres.

Following the industry-wide shutdown due to the coronavirus pandemic, BSC was the first Equity theatre in the US to return to live performance with its critically acclaimed production of HARRY CLARKE, starring BSC Associate Artist Mark H. Dold and directed by Ms. Boyd. The season also included the acclaimed concerts, THE HILLS ARE ALIVE WITH RODGERS & HAMMERSTEIN and Leslie Kritzer: Is It Over Yet?"